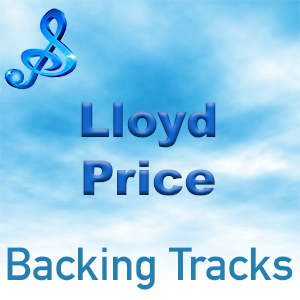 Lloyd Price – an American R&B singer whose first recording, “Lawdy Miss Clawdy”, was a hit in 1952. He continued to release records, but none were as popular until several years later, when he achieved a series of national hits including “Where Were You (On Our Wedding Day)”, “Personality”,“Just Because” and “Stagger Lee”. He was inducted into the Rock and Roll Hall of Fame in 1998.

One of the more potent rhythm & blues shouters of the 1950s, he began his career singing gritty New Orleans-style material for Specialty Records that made him a star on the R&B charts with numbers like “Lawdy Miss Clawdy” (1952) and “Tell Me Pretty Baby” (1953). However, in the late ’50s he jumped to the ABC-Paramount label, and glossier production and more full-bodied arrangements helped him scale the pop charts, scoring hit singles like “Stagger Lee” (1958) and “Personality” (1959). Regardless of his surroundings,

Born in Kenner, Louisiana, on March 9, 1933. His mother ran a restaurant there called the Fish ‘n’ Fry, where Price got his start as an entertainer, dancing for tips to songs on the jukebox. He discovered his vocal talents singing in church, and when Fats Domino’s  became a hit at the end of 1949, Price decided he wanted to make music in a similar style.

Price stepped away from his musical career to focus on business interests, but in 1993 he was persuaded to take part in a tour of Europe and the United Kingdom that featured him along with Jerry Lee Lewis, Little Richard, and Gary “U.S.” Bonds. The success of the shows led to Price returning to live performing, and he toured at a comfortable pace for much of the rest of his life. In 2010, he was inducted into the Rock & Roll Hall of Fame, and the following year, he published his memoirs, The True King of the Fifties: The Lloyd Price Story. He also penned a collection of essays, Sumdumhonky, that was released in 2015. Lloyd Price died on May 3, 2021, at an extended care facility in New Rochelle, New York. He was 88 years old.