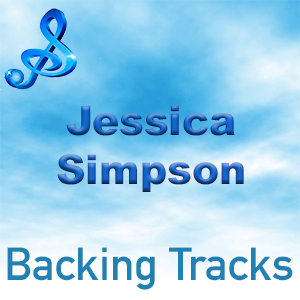 Jessica Simpson (Johnson) is an American singer, actress, and businesswoman. Simpson signed a recording contract when she was sixteen. She released her first studio album in 1999 which sold over four million copies worldwide and gave her a top 10 hit with “I Wanna Love You Forever“. The title track from her second album “Irresistible” became her second top twenty and the album earned gold certification. Jessica Simpson also starred in a TV show with her former husband and duet partner Nick Lachey.

She began singing in the church choir as a child and at aged 12 auditioned for The Mickey Mouse Club (an American variety TV show) and eventually performed alongside other rising stars such as Britney Spears, Christina Aguilera, and Justin Timberlake. She wasn’t successful in her bid to appear in the show but was later spotted singing in the church choir and her rise to fame began.

Aside from her entertainment career, Jessica Simpson is succesfuls as a designer and business woman with her Jessica Simpson Collection. Launched in 2005, the collection has includes products such as footwear, clothing, lingerie,  jewellery and fragrances.

Jessica Simpson has been nominated for more than 100 awards, winning more than 50.